We Are Saratoga Asset Management

Ray has almost 30 years of development, asset management, real estate, finance and property management experience.  He holds a Masters in Real Estate from New York University and a Bachelors of Science in Finance from the Rochester Institute of Technology.

Previously, Ray was a Senior Vice President, Special Assets Manager for New Dominion Bank and worked as Vice President and Manager of the Special Assets group with CommunityOne Bank, N.A.  Ray’s background also includes serving as the Southeast regional acquisition manager for General Electric Real Estate, and Vice President at Wells Fargo, Insignia Financial Group, and Lehman Brothers.  In these capacities, he has bought, sold, and worked out several billion dollars in commercial real estate all over the United States. 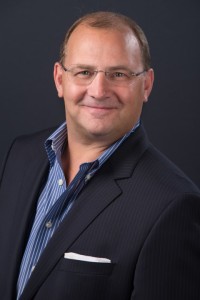 Alan Simonini Homes by Alan Simonini
Alan began working in the construction industry in 1976 with his Dad. He and Ray Killian went into business together in 1994. At that time, he told Ray that he wanted to do three things: win the National Housing Quality Award, America’s Best Builder Award, and be named National Builder of the Year. Together they have accomplished all—and more—than they set out to do.

Alan grew up in Elmhurst, Illinois outside of Chicago; attended Culver Military Academy, and graduated from Arizonia State with a degree in biology. He loves adventurous outdoor activities like sailing, boating, skiing, cycling, hiking, hunting, and fishing which explains why he is affiliated with many yacht clubs and hunt clubs.

Grandfather Homes is a Charlotte-based homebuilder offering premiere custom homes. Their greatest assets are their exemplary level of craftsmanship, unwavering dedication to building your perfect home, and the depth of experience that their employees bring to each project. They’ve forged personal relationships with many of their clients, all of whom have come to trust the company’s exceptional craftsmanship, assured use of advanced materials and technologies, and the philosophy of socially responsible building practices.